Hall of the Forgotten


Although he had always intended to return the sudden decision to begin the quest in DR came after he completed the forging of Aegis-fang. The journey to find Mithral Hall was a long one, as even Bruenor had forgotten many of the details of its whereabouts. The combination of these aids led them to Settlestone known at the time as "the Ruins" where they stayed the night.

In the morning they set off along a narrow path towards Fourthpeak Mountain. Along the way they ran into some trouble with another group who had been following them. That group consisted of a golem created by Dendybar , his apprentice, Sydney, and Artemis Entreri , an assassin on a mission to track down Regis and the magical ruby he used to charm others.

Entreri also had with him Catti-brie , Bruenor's adopted human daughter. After almost a day's hiking they reached Keeper's Dale but didn't know the ancient command code to open the hidden door. They waited until the next day, and used Aegis-Fang's magic to reveal the door.


Once inside they set about navigating the complicated tunnels. Along the way they encountered the dusty bodies of Bangor and Garumn Battlehammer , Bruenor's father and grand-father. A series of minor events occurred in the tunnels before reaching Shimmergloom, who after being disturbed appeared in Garumn's Gorge.

Faced with no alternative Bruenor doused himself in oil from a nearby store room, leapt onto Shimmergloom pouring oil on his scales and set light to both of them. The brave dwarf and fearsome dragon roared down the natural abyss in a spectacular fireball. In the aftermath Regis was kidnapped and the bridge across the gorge destroyed.

Drizzt, Wulfgar and Catti-brie were forced to edge their way around the chasm to reach the eastern exit, where they left assuming Bruenor had been killed in the fireball. In fact Bruenor had miraculously survived the scorching fall thanks to Drizzt's magical sword, Icingdeath. After clambering from the dead dragon's body, he made his way through Mithral Hall. With Shimmergloom dead, all that was left to do was clear out the shadow dragon's vermin.

Bruenor slayed vast numbers of duergar as he made his way through the tunnels and rooms. He eventually escaped the complex by climbing up one of the furnace chimney's where he encountered and was bitten by a giant spider. Although he managed to kill the spider, its venom quickly made its way through his body, and as he reached the surface and the daylight struck his face, he lost consciousness.

He woke up in the care of Alustriel Silverhand who had foreseen his predicament and rushed to his aid.

The defending dwarves soon received aid from svirfneblin from Blingdenstone , local barbarians from Settlestone led by Berkthgar the Bold, reinforcements from Nesme , led by Galen Firth and the Knights of Silver and the mysterious Harpells of Longsaddle. At one point the wizard Alustriel even appeared to deter the attackers. After a few days of intense fighting, the evil drow and other races were eventually defeated and driven back to their shadowy homes.

During the Battle of Keeper's Dale, Bruenor and the other Companions of the Hall freed Gandalug Battlehammer from an powerful spell leaving the ancient dwarf a servant of Baenre. The old dwarf died only a few years later, no doubt from old age, as the spell that had held him captive and postponed his aging had worn off. The staggering army came from the Spine of the World. Over the next few years the fighting continued and various battles and skirmishes between the dwarves and orcs caused huge amounts of destruction and bloodshed on both sides.

In DR, Bruenor Battlehammer and Obould signed a peace treaty which ended the bloody war between the two Kingdoms. 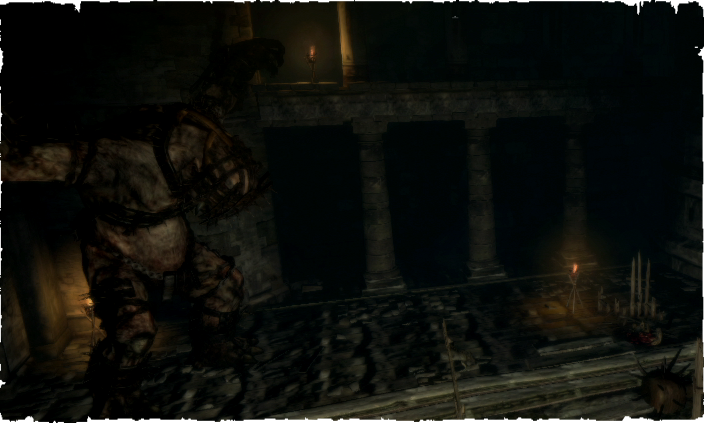 As the name suggests the treaty was signed at Garumn's Gorge. The primary function of Mithral Hall was a mine and a business. Mithral ran in abundance through the mountain, with some veins as thick as a man's arm. Mithral Hall had a close relationship with the other dwarven realms in the Silver Marches , including Citadel Adbar and Citadel Felbarr. Mirabar and Mithral Hall had an antagonistic relationship, with Mirabar even sending emissaries to attempt to sabotage Mithral Hall's ore in DR.

In that same year, a number of dwarves from Mirabar, disgusted at their city's contempt for and hostility towards their fellow Delzoun dwarves defected to Mithral Hall. As of DR there had been twelve kings and one queen of Mithral Hall. Due to the abdication and return of some kings, they were not all different individuals. Over the years many individuals and groups of many races have stood alongside clan Battlehammer. Some of the most well known include:. Mithral Hall had its own song, capturing the hard-working spirit of the settlement's first occupants. We've dug our holes and hallowed caves, Put goblin foes in shallow graves, This day our work is just begun, In the mines where silver rivers run.

Beneath the stone the metal gleams, Torches shine on sliver streams, Beyond the eyes of the spying sun, In the mines where silver rivers run. The hammers chime on Mithral pure, As dwarven mines in days of yore, A craftsman's work is never done, In the mines where silver rivers run. To dwarven gods we sing our praise, Put another orc in a shallow grave, We know our work has just begun,. Mithral Hall appeared in numerous R.

Salvatore books and was a key setting within many of the plots. Icewind Dale trilogy. Legacy of the Drow series. Hunter's Blades trilogy.

Neverwinter Saga. The Sundering series. Sign In Don't have an account? Start a Wiki. Main article: Battle of Keeper's Dale. My dreams were red and black that night, and I cried and cried until no more tears would come. What d'ye mean, "Who won? Haven't ye learned that yet? Just be sure ye kill the ones who started it. That means they won't be able to start the next one. Of course, then the next war'll be the work of some other idiots. That, d'ye see, is what they call "progress.

Forgotten by the Rock and Roll Hall of Fame

Main article: Treaty of Garumn's Gorge. Part of the interior of Mithral Hall , by Todd Lockwood. Clan Battlehammer's coat of arms could be found all over Mithral Hall. Silver Marches. They needed places to gather for wedding and funeral receptions, and began building their own halls.

Soon, the Croatians and Serbians built their own halls in the same neighborhood. The Serbian Home served as a school, lodge and social hall for Serbian functions and gatherings. Religious services were held on a small second-floor balcony until , when St.


Sava Serbian Orthodox Church opened a few blocks away. Karen Hanson, who grew up in South St. Paul and owns The Coop restaurant a few blocks north of the Serbian Home, remembers how the halls were gathering spots for weddings, dances, wakes and other social events. Hanson and her husband, Bob, had their wedding reception in the basement of the Serbian Home in March Local residents, including Trkla, raised the money to save it from demolition.

The grassroots effort led to the building being designated as a national historic place in In , the city allowed the Serbian Home to reopen, but with a limit on the number of visitors and no liquor license. Some neighbors were concerned events at the home would create parking shortages. A Minneapolis developer then bought the property to build condominiums but abandoned the plan. Mike Pavlovic, president of the St. First-generation Serbian immigrants have died, and many of their children have moved elsewhere in the Twin Cities. Paul church anymore.

South St. The designation not only allows the center to forgo paying property taxes, but also should increase chances of getting grant money, Stojmenovic said. Stojmenovic and volunteers have spent the past few months clearing out the building and organizing historic relics and other not-so-valuable items. But I need people to come help, maybe some young people to build a website, that sort of thing. Show Caption. By Nick Ferraro nferraro pioneerpress. The old Serbian Home in South St. Paul appeared abandoned on a recent weekday. More in Business. Citing unnamed sources familiar with the matter, the Journal said that Kaepernick,